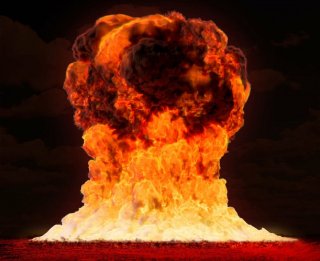 The end of the Cold War likely made many people feel a little safer as it seemed unlikely the world would face nuclear Armageddon, but there was an unforeseen problem: missing nuclear weapons.

Before its collapse in 1991, the Soviet Union produced more than 27,000 nuclear weapons, along with enough weapons-grade uranium and plutonium to build three times more weapons. Because of severe economic distress, widespread corruption, lax security, and dependency on the bureaucratic system, it has been feared that some nuclear weapons and or material may have been lost or stolen.

The former Soviet republics of Belarus, Kazakhstan, and Ukraine all returned Soviet-era nuclear weapons to post-communist Russia in the 1990s, but fears remain of how the weapons-grade stockpiles of uranium and plutonium could be used. A far greater fear is whether all the nuclear weapons have been properly accounted for. The Council on Foreign Relations warned that the International Atomic Energy Agency (IAEA) has reported more than a hundred nuclear smuggling incidents since 1993, eighteen of which involved highly enriched uranium.

The Nuclear Threat Initiative (NTI) also published a report in September 1997 that quoted former Russian national security advisor Alexander Lebed, who claimed that the Russian military lost track of upwards of 100 nuclear suitcase bombs. Lebed, who made his claims on the CBS news program Sixty Minutes, suggested each of the weapons was as powerful as a one kiloton warhead capable of killing as many as 100,000 people and could be detonated by a single person. However, Russia countered that Lebed is mistaken and may have confused "dummy small-scale" training devices with actual weapons.

In the nearly 24 years since the report, there have been no known examples of any Soviet-era suitcase bombs being discovered, and fortunately, no such weapons have been employed by a terrorist organization.

However, it is known that at least two Soviet nuclear weapons were lost – and both are still aboard the Soviet Navy's submarine Komsomolets (K-278), which entered service in 1984. On April 7, 1989, while operating a depth of 1266 feet, the boat ran into trouble in the middle of the Barents Sea when a fire broke out – and its inexperienced crew was unable to address the problem, made worse by the lack of a damage-control party.

The submarine was able to surface, but the abrupt pressure change caused the top hatch to blow off, throwing two crewmembers out of the chamber. The submarine soon sank under the waves, and in addition to its nuclear reactor, it carried two nuclear-armed Shkval torpedoes. Under pressure from Norway, the Soviets conducted a deep-sea search for K-278, and the location of the wreck was discovered in June 1989.

Between 1989 and 1998, a total of seven expeditions were carried out to secure the reactor against radioactive release and seal the torpedo tubes.