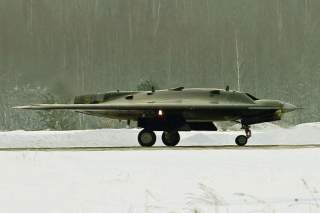 Key point: The Hunter drone has great stealth potential, but part of its engine sticks out.