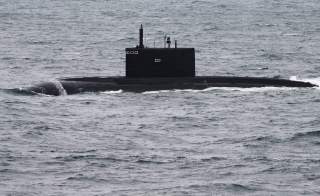 Key point: Russia is a submarine superpower--and this sub proves it.

The mainstay of the Russian Navy’s conventionally powered fleet are Project 877–class submarines, known as the Kilo-class to NATO and the West. The class has been built more or less continuously for thirty years, a testament to their effectiveness at sea.