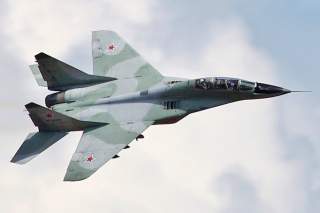 Key point: For a major military power like the Soviet Union and its Russian successor, there is always going to be a glut of aircraft roles to fill at various intensity levels and operational uses.

Mark Episkopos is a frequent contributor to The National Interest and serves as research assistant at the Center for the National Interest. Mark is also a PhD student in History at American University. This first appeared last year