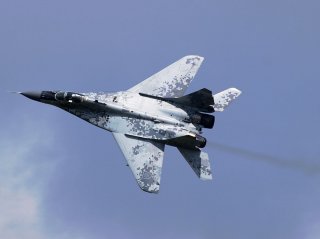 Key point: For a major military power like the Soviet Union and its Russian successor, there is always going to be a glut of aircraft roles to fill at various intensity levels and operational uses.

As with many of Russia’s most prolific aircraft, the MiG-29 has spawned numerous variants four decades of service. Originally intended as a superiority fighter, and particularly as the Soviet answer to the F-16, the MiG-29 has been gradually recast as a multi-role aircraft with an increasingly robust air-to-surface armament suite.