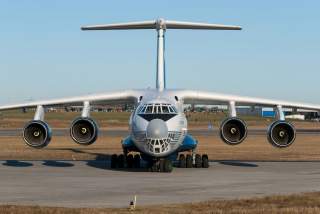 Key Point: Moscow has air-borne units and enough transport planes to get its army around Eurasia quickly.