Russia's Mystery Bomber: Why so Little Is Known About PAK-DA Stealth Bomber 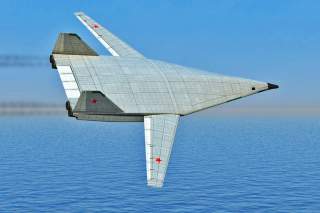 Key point: Little by little, some information about the bomber is coming out.

Charlie Gao studied Political and Computer Science at Grinnell College and is a frequent commentator on defense and national security issues. This first appeared in 2018.