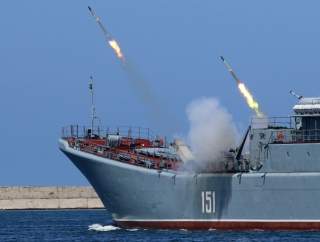 Key point: The Zircon missile will allow Russia’s ships to hit others quickly and from vast distances.

MOSCOW – The Russian Navy will be the first to field a hypersonic weapon system, according to a prominent military analyst. Popular Mechanics reports. Continue reading original article

9 Oct. 2019 -- The Russian navy will test its new Zircon missile sometime next year. The missile allegedly can fly at speeds in excess of 6,000 miles per hour.

Russian naval forces could use Zircon to launch lightning fast strikes against targets on land or as an anti-ship weapon against battle groups at sea -- including U.S. aircraft carriers -- knocking them out in minutes.

Hypersonic weapons travel between Mach 5 and Mach 10, and Zircon will reportedly fly at Mach 8, or 6,138 miles an hour. Zircon likely uses a scramjet, short for "supersonic combusting ramjet," for propulsion.