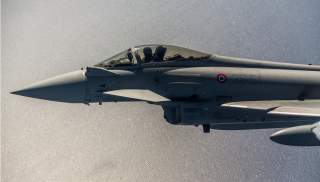 Amid rapidly escalating tensions between Russia and NATO, the first of Russia’s new generation of military radio stations has been activated in the western Russian Republic of Mordovia.

According to the Russian Ministry of Defense, “A new-generation over-the-horizon radar, “Container,” has been deployed in Mordovia on December 1. This radar can chart the flight path of any aircraft target at a distance of about 3,000 km, and can simultaneously track over 5,000 airborne objects of different types, including small [aircraft].”

The 29B6, or “Container,” radio system consists of two physically separated parts-- the transmitter and receiver. The receiver is located in the town of Kovylkino, while the transmitter is some 300 km to the north. It uses “mathematical-algorithmic software” to process complex data about a target’s location and trajectory.

Whereas standard radars can only detect objects on their horizon (i.e. field of sight), over-the-horizon (OTH) radars like Container work as follows: the transmitter sends a shortwave upward into the ionosphere, which reflects the signal downward at an angle; this creates an echo signal that bounces back through the ionosphere to the receiver, thereby covering not just the radar’s horizon but an area above it.

General-Lieutenant Andrei Demin accurately calls Container “the first of its kind in the country,” but it is not unprecedented. Russia’s Soviet predecessor state built two “Duga” series OTH radars in the context of the U.S.-Soviet geopolitical rivalry over the 1970s, one stationed in Ukraine and the other in Siberia.

The Duga series boasted an impressive range of 10,000 km. They came out of regular use by 1990, partly due to the climate of strategic optimism from the Gorbachev-Reagan talks. Over the next decade, Russia fell well behind in development and deployment of OTH systems.

In addition to all types of aircraft, Container can detect hypersonic missiles at the same range of 3,000 km. “This station’s capabilities enable tracking of airborne targets far beyond Russian borders,” says Demin. “The station will allow the Russian armed forces and Russian high command receiving information about these targets to uncover potential mass-cruise missile launches, massed aircraft formations, and hypersonic missile launches in Russia’s direction.”

It is unclear how, if at all, Container innovates the modern OTH formula or rectifies typical OTH performance shortcomings. Container’s chief engineer Valentin Strelkin gives the following assessment of the radar system: “Container is at least not worse than the most modern western analogues.” Modest performance targets are to be expected, given that Russia began developing Container at a technological deficit against its U.S. counterpart.

Container’s design focus seems to be on cost-effective production, which could be an innovation in its own right given how expensive modern OTH systems are to build. At ten billion rubles or approximately $150 million, Strelkin says to Russian media outlet Rossiyskaya Gazeta that Container costs almost two times less than western variants while fulfilling the same function.

The radar, which covers a wide swathe of Europe, the Persian Gulf, and parts of the Middle East, is slated to be the first in a series of ten: “similar RLS systems will be rolled out in different strategic directions,” the Ministry of Defense tells Russian state news. A Far Eastern installation is planned over the following year. The end goal, set by Russian President Vladimir Putin, is to cover the entire Russian perimeter by 2020.

On the heels of considerable Russian gains in establishing their GLONASS satellite navigation system, Container marks another milestone in the Kremlin’s strategy to consolidate its radar tracking and communication infrastructure in what it deems as strategically vital zones.