Russia's Nuclear-Powered Battlecruisers: The Most Powerful Warships On the Planet? 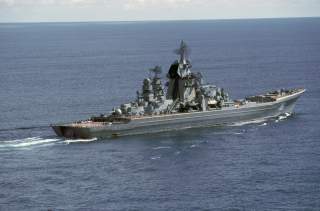 The Kirovs fulfilled, and continue to fulfill, a very real role for Russian seapower. They can threaten U.S. assets, while also providing an impressive, prestigious platform for the display of Russian maritime prowess.