Russia's Secret T-60S Stealth Bomber: Why Did It Never Fly? 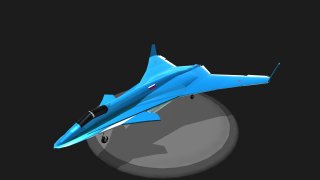