Russia's Su-35 Fighter Has a Problem 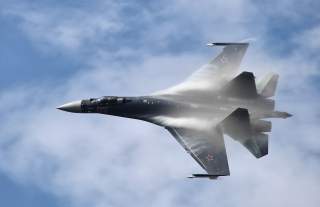