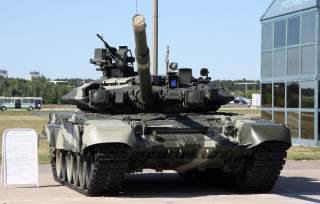 This involves “tanks alternating fire between two trenches, without staying in one position for more than a few seconds,” according to Sputnik News. “The tank enters the trench, fires, kicks into reverse and moves to the next. Enemy anti-tank weapons don’t have time to react.”