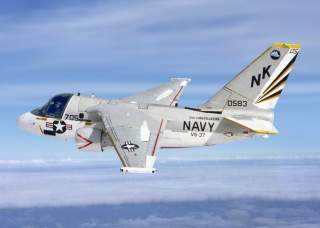 The plane’s twin TF-34-400 turbofans—an engine related to that on the A-10 attack plane—were infamous for their peculiar vacuum-cleaner-like whine, leading to the plane’s nickname of “Hoover,” which you can hear for yourself in the video below.