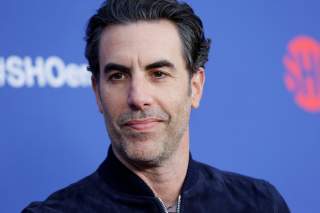 The English actor and polemicist railed against what he considers the age of un-reason while accepting an award from the Anti-Defamation League. Cohen, a comic who uses disguises to dupe politicians into embarrassing themselves, said big tech is responsible for distributing fake news.

“All of this hate and violence is being facilitated by a handful of internet companies that amount to the greatest propaganda machine in history,” Cohen said at the ADL conference. He singled out Facebook, YouTube, and Twitter, telling the audience they help hate groups recruit.

Cohen took issue with the way Facebook uses algorithms to provoke people into relying on their baser instincts.

“The algorithms these platforms depend on deliberately amplify the type of content that keeps users engaged — stories that appeal to our baser instincts and that trigger outrage and fear. It’s why YouTube recommended videos by the conspiracist Alex Jones billions of times,” he said.

The actor went on to address Facebook’s decision in October to allow political ads on the platform leading up to the 2020 election. CEO Mark Zuckerberg called his decision to prohibit independent fact-checkers from flagging politician’s content a free speech issue.

“In a democracy, I don’t think it’s right for private companies to censor politicians or the news. And although I’ve considered whether we should not carry these ads in the past, and I’ll continue to do so, on balance so far I’ve thought we should continue,” Zuckerberg said during a phone conference in October.

Cohen pushed back against this argument. “If you pay them, Facebook will run any ‘political’ ad you want, even if it’s a lie,” he said at the award ceremony. “And they’ll even help you micro-target those lies to their users for maximum effect.” Cohen suggested Facebook would have been a helpful partner to Adolf Hitler.

Cohen got into hot water in 2018 when he interviewed Sarah Palin on his show “Who Is America.” He disguised himself as a disabled American war veteran, a decision that drew accusations that the comic was using stolen valor to mock Palin, who was frequently ridiculed during her run for vice president in 2008.