A Salute to the EA-6B Prowler: The Navy Really Misses This Plane 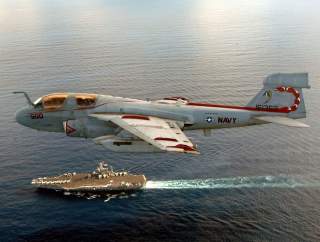 Key point: The Prowler served well for a long time, but it was time for these aging planes to be retired.

Edward Chang is a freelance defense, military, and foreign policy writer. His writing has appeared in The National Interest, The American Conservative, Real Clear Defense, and War Is Boring. This first appeared in 2018.