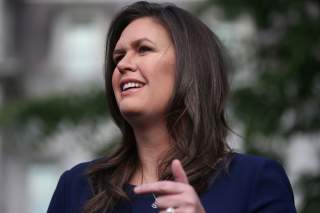 Biden spoke about people he has encountered throughout his presidential campaign towards the end of Thursday’s debate. At one point, the former vice president imitated a child who had a stutter. Sanders made fun of the stutter in a since-deleted tweet, apparently not knowing that Biden himself had one when he was younger.

After tweeting making fun of Biden, he called her out and noted his childhood stutter. Sanders apologized following the Twitter dispute.

“I apologize and should have made my point respectfully,” Sanders tweeted.

I actually didn’t know that about you and that is commendable. I apologize and should have made my point respectfully. https://t.co/fbmVAqDoWI

Sanders deleted her original tweet where she had written out Biden’s comment where he imitated a stutter.

“To be clear was not trying to make fun of anyone with a speech impediment,” Sanders tweeted. “Simply pointing out I can’t follow much of anyone Biden is talking about.”