Saudi Arabia Should Be Careful About Buying Russian Weapons 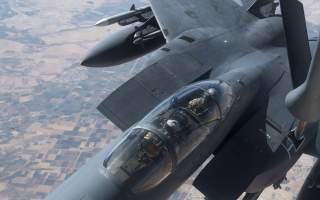 The Pentagon had made the correct decision in sending four 360-degree AN/MPQ-64 Sentinel radars to bolster the Saudi air and missile defenses, along with another Patriot air defense system and U.S. support personnel. Last month’s combined missile and drone strike inflicted serious damage on the Saudi oil refineries at Abqaiq and Khurais as well as broader U.S. national security interests.

The Houthis, a rebel group in neighboring Yemen, claimed responsibility for the bombardment. Yet, the United States, France, Germany, Britain, and other governments have blamed Iran for the assault given the direction of the attack from the northwest, which side-stepped the southward-oriented Patriots near the refineries; Iran’s ongoing aggressive behavior in the Gulf region; the resemblance of the offensive systems to those in Iran’s arsenal; as well as the sophistication and precision of the strike.

The new radars and Patriot, along with the Defense Department’s preparations to deploy additional defensive measures will help deter and defeat such destructive Iranian attacks. So too will Saudi measures such as assigning more of the Kingdom’s air defense capabilities to counter low-flying threats.

Countries should avoid such a perilous path. Acquiring Russian arms would be contrary to their defense, diplomatic, and economic interests.

Russia’s military-industrial complex designs these weapons’ information systems, which likely remain accessible to, and under the potential control of, their Russian software coders. Purchasers are unlikely to have access to the systems’ electronic codes and internal data, leaving friend-or-foe identification under Moscow’s control.

Fielded by Saudi Arabia or Qatar, these air defenses could more likely shoot down U.S. or Israeli warplanes than those of Iran since they could identify the U.S.-made planes as unfriendly. Moreover, these systems may be blind to potential threats from Iran and Syria because the two countries already have Russian air defense technology and may have learned how to spoof them.

The Pentagon insists that the sophisticated intelligence collection capabilities of the S-400 would endanger U.S. aviation systems to operate in its vicinity. When Turkey acquired the S-400, the White House immediately canceled plans to provide the NATO ally the premier U.S. F-35 strike fighter.

Should Saudi Arabia, Qatar, or any other country receive the S-400, the United States would deny them the best U.S. defense technologies and redeploy any U.S. military aircraft based there. The Saudis and other Gulf states have an urgent need for U.S. protection and cannot wait to assimilate complex Russian hardware and train their forces to use them.

Besides depriving a country of access to U.S. weapons, training, and other security benefits, buying Russian arms exposes a state to dire financial peril. The Countering America’s Adversaries Through Sanctions Act penalizes countries, corporations, and individuals that engage in “significant transactions” with Russia’s military-industrial complex. The sanctions could deprive a Russian weapons buyer of debt-service guarantees, bond underwriting, and other U.S. financial services.

Russian defense technologies are incompatible with the U.S. weapons systems that preponderate in the arsenals of Saudi Arabia, Qatar, and, increasingly, India. Any stand-alone Russian air defense batteries would have crippled capabilities because they lack interoperability with Western systems.

Indeed, the new S-400 may be substantially less effective than advertised. The Swedish Defence Research Agency assesses the system’s effective range as only 20 km against low-flying missiles like those that attacked Saudi Arabia. Furthermore, Russian promises of technology transfers are often exaggerated.

Though no concrete evidence exists that Russia orchestrated the Iranian attack to boost arms sales, Moscow’s practices during the Iraq-Iran War and the Azerbaijan-Armenia conflict show how Russia can manipulate tensions to sell arms to both adversaries.

Alienated from the United States, Saudi Arabia and other Gulf countries would become even more vulnerable to Russian coercion on behalf of Iran or Syria. If Russia truly wanted to make a positive contribution to regional security, Moscow would reign in Iran’s destabilizing missile program and arms deliveries to terrorist groups.

The Patriot system can become more effective against low-flying attacks through deployment of specialized omnidirectional radar, which together with other interceptors can provide layered air defenses to Saudi Arabia and other countries.

The United States, meanwhile, should do its part by continuing to develop the Patriot and the other components needed to support an effective, layered missile defense.

Richard Weitz is Senior Fellow and Director of the Center for Political-Military Analysis at Hudson Institute. His current research includes regional security developments relating to Europe, Eurasia, and East Asia as well as U.S. foreign and defense policies