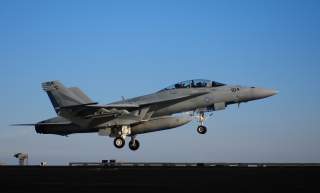 A sailor assigned to the nuclear reactor department aboard the USS Ronald Reagan admitted to bringing LSD aboard the aircraft carrier, Navy Times reports.

In a copy of a plea deal obtained by Navy Times, Machinist's Mate (Nuclear Power) 3rd Class Philip S. Colegrove said he "wrongfully" brought the powerful hallucinogen aboard the Reagan while docked at various ports across Japan, as though there's a right way to bring acid into the heart of a nuclear-powered warship.

The prevalence of LSD in a critical nuclear-related facility is surprisingly not confined to the Navy: In May 2018, 14 airmen from the Air Force security units at F.E. Warren Air Force Base in Wyoming tasked with safeguarding nuclear missile silos were disciplined for dropping acid between shifts.

But the fact that these LSD rings popped up in the first place isn't surprising at all. As I previously wrote, the middle of nowhere is the same kind of boring and awful whether it's patrolling the Pacific or guarding nuclear silos in America's heartland.

Anyway, if anyone has any insights into the right way to bring LSD into your (potentially radioactive) place of work, give me a shout — for, uh, science.