Scientists Have Just Pinpointed the Cleanest Air on Planet Earth 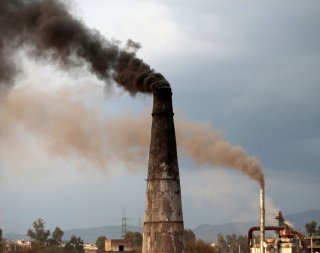 Researchers from Colorado State University believe they have found the world’s cleanest air, located over the Southern Ocean that surrounds Antarctica.

The team of scientists described the region, which is free from particles caused by human activity, as “truly pristine,” according to a study published in the journal Proceedings of the National Academy of Sciences.

Since weather and climate are closely linked, they naturally connect most regions of the world—thus making it more difficult amid this era of climate change to find that “pristine” air.

The research team, however, strongly suspected that the air over the Southern Ocean would be protected from human activity and pollution.

They were right. The researchers eventually discovered that the boundary layer air didn’t possess any of the air pollution-causing aerosol particles produced by human activity, such as burning fossil fuels, manufacturing fertilizer and disposing of wastewater.

“We were able to use the bacteria in the air over the Southern Ocean as a diagnostic tool to infer key properties of the lower atmosphere,” Thomas Hill, research scientist and co-author of the study, said in a statement.

“For example, that the aerosols controlling the properties of SO (Southern Ocean) clouds are strongly linked to ocean biological processes, and that Antarctica appears to be isolated from southward dispersal of microorganisms and nutrient deposition from southern continents. Overall, it suggests that the SO is one of very few places on Earth that has been minimally affected by anthropogenic activities.”

The examination of the composition of airborne microbes, which can be dispersed thousands of miles by wind, helped immensely with the study. Using DNA sequencing and tracking methods, the study’s first author Jun Uetake discovered that the microbes’ origins, in fact, were from the ocean.

Hill noted that the air over the Southern Ocean was so clean that there were only tiny amounts of DNA to work with.

From analyzing the microbes’ bacterial composition, the team concluded that pollution from human activities worldwide was not present in the region’s air.

According to the World Health Organization, air pollution is responsible for about 7 million deaths each year. Studies have shown that air pollution can increase the risk of heart disease, stroke, lung cancer and other conditions.