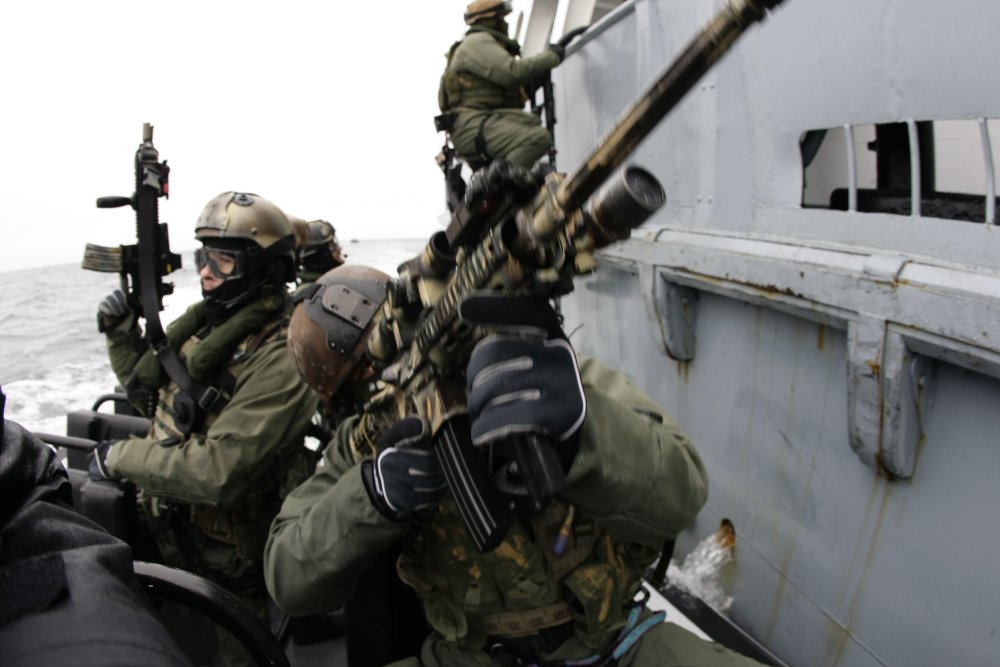 NAVAL BASE SAN DIEGO—A Navy SEAL officer accused of failing to properly report alleged war crimes carried out by one of his men was arraigned on Tuesday in San Diego.

After being informed of his rights, Lt. Jacob Portier did not enter a plea or choose whether he'd ask for a jury or bench trial, since his civilian attorney has raised questions over a protective order in the case.

"Let me be clear: He'll be pleading not guilty because he is innocent," his attorney Jeremiah Sullivan said after the hearing. Sullivan has argued that the investigation into Portier and his unit, SEAL Team 7 Alpha Platoon, should be classified in order to protect past and future SEAL operations.

"Parading these warfighters around puts them at risk," Sullivan said. The question of whether to restrict information in the case should be worked out sometime next week, according to a timeline discussed by the judge on Tuesday.

Portier is accused of dereliction of duty, failure to obey a lawful order, and making false official statements, according to a charge sheet previously released by the Navy. Prosecutors allege Portier failed to properly report the alleged actions of his subordinate, SEAL Chief Edward Gallagher, who has been accused of murdering a wounded ISIS fighter and shooting at innocent civilians in Mosul, Iraq in 2017.

Portier also allegedly carried out a reenlistment ceremony for Gallagher near the corpse. When asked about it by a superior, according to the charge sheet, Portier said "there was nothing criminal" about it, but "it was just in bad taste."

Sullivan told reporters that Portier "never ordered" his men to pose next to the body of a dead ISIS fighter, but disputed the criminality of holding a reenlistment ceremony in a combat zone. "There is nothing more honorable than a warfighter being able to reenlist on the battlefield," Sullivan said.

Military prosecutors dropped one of the charges prior to Tuesday's hearing, which alleged that Portier had knowledge of the alleged murder and "wrongfully concealed" evidence to authorities. "That's a big deal," Sullivan told Task & Purpose of the dropped charge.

When asked whether Portier was potentially being charged as a way for the government to "flip" him to testify against Gallagher, Sullivan told Task & Purpose, "there's nothing to flip on here. He will testify honestly and truthfully."