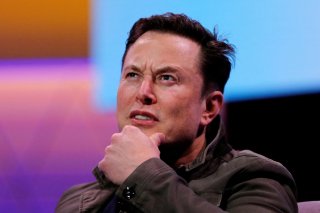 The Securities and Exchange Commission is looking into Elon Musk’s deal to purchase Twitter and specifically the question of whether Musk disclosed his acquisition of Twitter shares within the proper time frame, The Verge reported last week.

Per the report, the SEC sent a letter on April 4, but it didn’t become public until this month.

The letter, addressed to Musk personally, asks him to make clear the timing of the Schedule 13G filing he made.

“The agency also suggested that Musk likely used the wrong form when he eventually disclosed his stake, using a document that wasn’t meant for someone who was hoping to make changes at the company being bought into,” The Verge said of the letter.

Per Axios, Musk disclosed the purchase of that stake three weeks after he purchased it, while the law requires those who buy 5 percent or more of a public company to announce it within two weeks. The SEC is also asking why Musk filed the form normally used by passive investors, as opposed to the 13D form, which is for those who wish to possibly pursue a takeover.

The letter was issued after Musk announced that he had purchased a 9.2 percent stake in Twitter and said he was joining the company’s board, a decision that was later reversed. The April 4 letter also came about three weeks before the announcement that Musk had reached an agreement to acquire Twitter and take it private.

Since then, Musk has declared the acquisition “temporarily on hold,” thanks to claims about the number of fake accounts on the platform, although Twitter is attempting to hold him to the agreed-upon purchase price. Musk has also tweaked the financing of the deal.

Daniel Taylor, a University of Pennsylvania accounting professor, estimated to CNN that Musk saved $143 million by delaying the disclosure.

“I think it could be laziness or the belief that rules don’t apply,” Taylor told the network. “But if you look at when the SEC enforces late filing, it’s relatively rare. From a cost-benefit basis, it makes sense not to file. Even if the cost for reporting late is a $100,000 fine or a multi-million-dollar fine, why wouldn’t he [delay filing]?”

Musk has tangled with the SEC in the past. In 2018, he claimed, also on Twitter, that he had “funding secured” in order to take Tesla private. He later settled with the SEC in a deal that included his relinquishing the chairmanship of Tesla while also paying a $20 million fine. Musk, however, claimed in a TED Talk this year that he “was forced to concede to the SEC unlawfully.”

Stephen Silver, a technology writer for The National Interest, is a journalist, essayist, and film critic, who is also a contributor to the Philadelphia Inquirer, Philly Voice, Philadelphia Weekly, the Jewish Telegraphic Agency, Living Life Fearless, Backstage magazine, Broad Street Review, and Splice Today. The co-founder of the Philadelphia Film Critics Circle, Stephen lives in suburban Philadelphia with his wife and two sons. Follow him on Twitter at @StephenSilver.