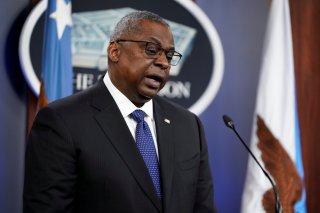 Although Red Hill served American strategic interests during and after World War II, it is no longer as important as it used to be—and has instead become a health hazard.

Though an incredibly important fuel storage facility, Red Hill has come under fire due to a series of leaks that contaminated drinking water in the area.

In late 2013, one of the tanks spilled an estimated 28,000 gallons of FP-8 jet fuel which was detected during maintenance and repair work. The U.S. Navy drained the tank and reported the problem to the Hawaii Department of Health. Tests of the soil and groundwater revealed that the fuel had soaked into the surrounding area.

The U.S. Navy initially determined that the spill, though significant, was far removed from drinking water and did not represent a threat to public health. However, shortly after the spill, over 1,000 families relocated from Joint Base Pearl Harbor-Hickam after reporting oily, pungent tap water that caused headaches, diarrhea, and nausea.

Secretary of the Navy Carlos Del Toro stated the following about the fuel storage closure:

“I look forward to working on this in close coordination with our interagency partners to include the U.S. Indo-Pacific Command, Defense Logistics Agency (DLA), U.S. Environmental Protection Agency (EPA), and the State of Hawaii Department of Health (HDOH). As we are committed to protecting all the residents of Hawaii, the environment, and the security of our nation, this plan will be developed and implemented in a responsible and safe manner that complies with environment laws and best practices.”

Though the closure is significant, it is not a strategic loss for the United States.

“Centrally-located bulk fuel storage of this magnitude likely made sense in 1943 when Red Hill was built. And Red Hill has served our armed forces well for many decades. But it makes a lot less sense now,” Secretary Austin explained in a statement.

“The distributed and dynamic nature of our force posture in the Indo-Pacific, the sophisticated threats we face, and the technology available to us demand an equally advanced and resilient fueling capability. To a large degree, we already avail ourselves of dispersed fueling at sea and ashore, permanent and rotational. We will now expand and accelerate that strategic distribution.”