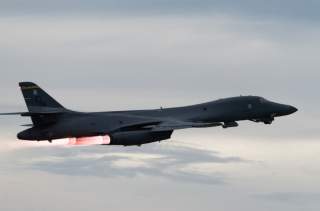 Key point: We still don’t officially know which nations had U.S. nuclear weapons on their soil.

If Miss Manners were a diplomat, she would tell us how rude it is to place nuclear bombs in the territory of our allies without being invited to.

But it turns out that in the 1950s, the United States considered deploying nuclear weapons in Iceland without telling the Icelanders, according to declassified documents published by the watchdog organization National Security Archive.

“At the end of the 1950s the U.S. Navy ordered the construction of a facility for storing nuclear depth bombs, an Advanced Underseas Weapons (AUW) Shop at the outskirts of Keflavik airport,” the National Security Archive wrote. “The AUW facility was built by local Icelandic workers who thought its purpose was to store torpedoes.”

There was logic to this. Located between the British Isles to the south and Greenland to the north, Iceland was a perfect choke point to block Soviet submarines headed for the North Atlantic convoy routes connecting the United States to Europe. In the late 1950s and the 1960s, atomic weapons such as the U.S. Navy ASROC rocket-launched nuclear depth charge were widely deployed. U.S. ships and planes conducting antisubmarine, or ASW, missions out of Iceland could have used nuclear weapons stored there. How useful those nuclear ASW weapons would have been is debatable, but if they were going to be used for sub hunting, then they would need to be stored at forward bases.

Unfortunately, the problem is that Iceland didn’t want nukes on its soil, which would have made the little nation a big target in Soviet eyes. In fact, Iceland’s decision to join NATO in 1949 sparked riots in the normally placid country. In 1951 and in 1960, Icelandic officials asked whether the United States had deployed nuclear weapons at its bases in Iceland. The United States never did—or at least as has so far been revealed—store these weapons on Iceland, and told Icelandic officials so. However, National Security Archive researchers believe that in a still-classified letter, the State Department in 1960 told Tyler Thompson, U.S. ambassador to Iceland, that “the U.S. government was free to deploy nuclear weapons in Iceland without securing the agreement of Reykjavik.”

The evidence is in Thompson’s reply to the State Department, in which the name of the nation was redacted by the declassification censors, but which almost certainly refers to Iceland. If U.S. policy was never to store nuclear weapons on Canadian soil without Canadian permission, then why should Iceland be treated differently? Thompson asks. “The possibility of [Iceland’s] withdrawal from Nato in protest should not be overlooked,” he added.

Thompson also logically points out that “the Soviets, to be on the safe side, must assume that the United States has nuclear weapons in storage in [Iceland]. Under the circumstances, whatever increased risk of disclosure is involved in consulting the [Icelandic] Government would not seem of great importance.”

Translation: Moscow will target Iceland anyway, on the assumption that nuclear weapons are located there, so why keep the nukes secret from the Icelanders?

Thompson also notes the difficulty of keeping the presence of nuclear weapons secret in a small nation like Iceland. “The security problem at the [redacted] base is complicated by the small size of the secure area, the accessibility of the base to the public, the small community atmosphere there with everyone knowing to a large extent what is going on, and the speculation which new and stricter security regulations might arouse.”

Interestingly, next to Thompson’s comment that Canadian permission was needed for American nuclear weapons on Canadian soil, someone penciled “No! Canada on record.” This led National Security Archive watches to wonder if “Ottawa would accept clandestine U.S. storage.”

But then, we still don’t officially know which nations had U.S. nuclear weapons on their soil. “The U.S. government has not acknowledged the names of a number of other countries which directly participated in the NATO nuclear weapons stockpile program during the Cold War (and later): Belgium, Greece, Italy, the Netherlands, and Turkey (only West Germany and the United Kingdom have been officially disclosed),” according to the National Security Archive.

Guaranteed that the Russians know, but we don’t.

Michael Peck is a contributing writer for the National Interest. He can be found on Twitter and Facebook. This article first appeared in 2016.