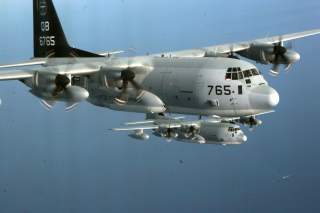 As it can be seen in the images the aircraft took exactly the same route the planes flewduring the D-Day invasion on Jun. 6, 73 years ago.

Taken during ceremonial D-Day events from May 31 – Jun. 7, 2017, the epic photos in this post feature C-130J Super Hercules airlifters assigned to the 37th Airlift Squadron (AS) at Ramstein Air Base, Germany, recreating Normandy landings flying route.

In the early morning hours of Jun. 6, 1944 in fact, paratroopers from the 82nd and 101st Infantry Divisions dropped into France in the opening moments of what would become known as “The Longest Day.”

Operation Neptune was the codename for the Normandy landings on D-Day. 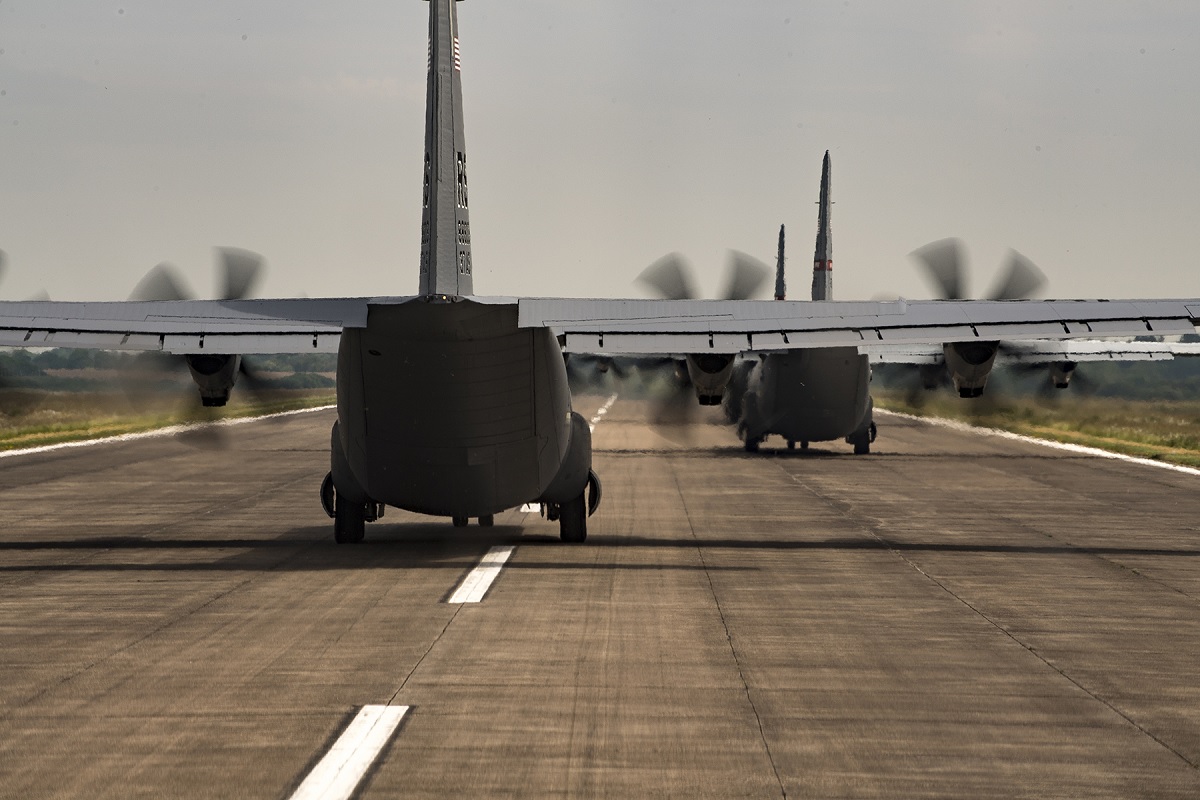 As it can be seen in the images the aircraft took exactly the same route the planes flewduring the D-Day invasion on Jun. 6, 73 years ago. The pictures in fact show the C-130s flying over the Atlantic Ocean en route to Sainte-Mere-Eglise, over Normandy and over Mont Saint-Michel, France.

Overall, approximately 400 U.S. service members from units in Europe and the U.S. are participating in ceremonial D-Day events. 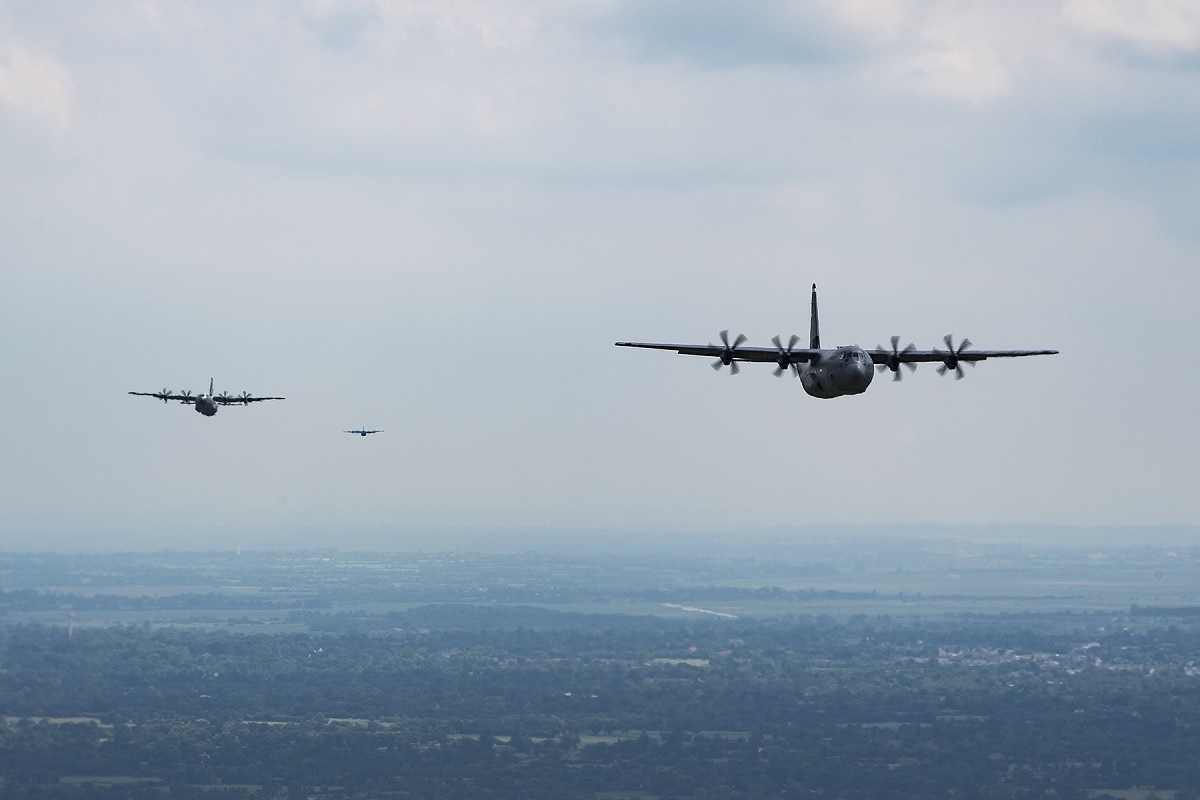 The 37th AS was activated in Jun. 1942 as a C-47 Skytrain unit. The 37th AS deployed to Egypt in Nov. 1942 as part of President Roosevelt’s decision to aid the Royal Air Force Western Desert Air Force, assigned to the newly established Ninth Air Force, headquartered in Cairo.

37th AS C-47s transported supplies and evacuated casualties in support of the British Eighth Army, operating from desert airfields in Egypt and Libya before being reassigned in May 1943 to the USAAF Twelfth Air Force in Algeria, supporting Fifth Army forces in the Tunisian Campaign. The unit then took part in the invasion of Sicily where it was tasked to drop paratroops over the assault area. Remained in the Mediterranean Theater of Operations (MTO) until Feb. 1944 until being reassigned back to Ninth Air Force in England, IX Troop Carrier Command, to participate in the buildup of forces prior to the Allied landings in France during D-Day in Jun. 1944. 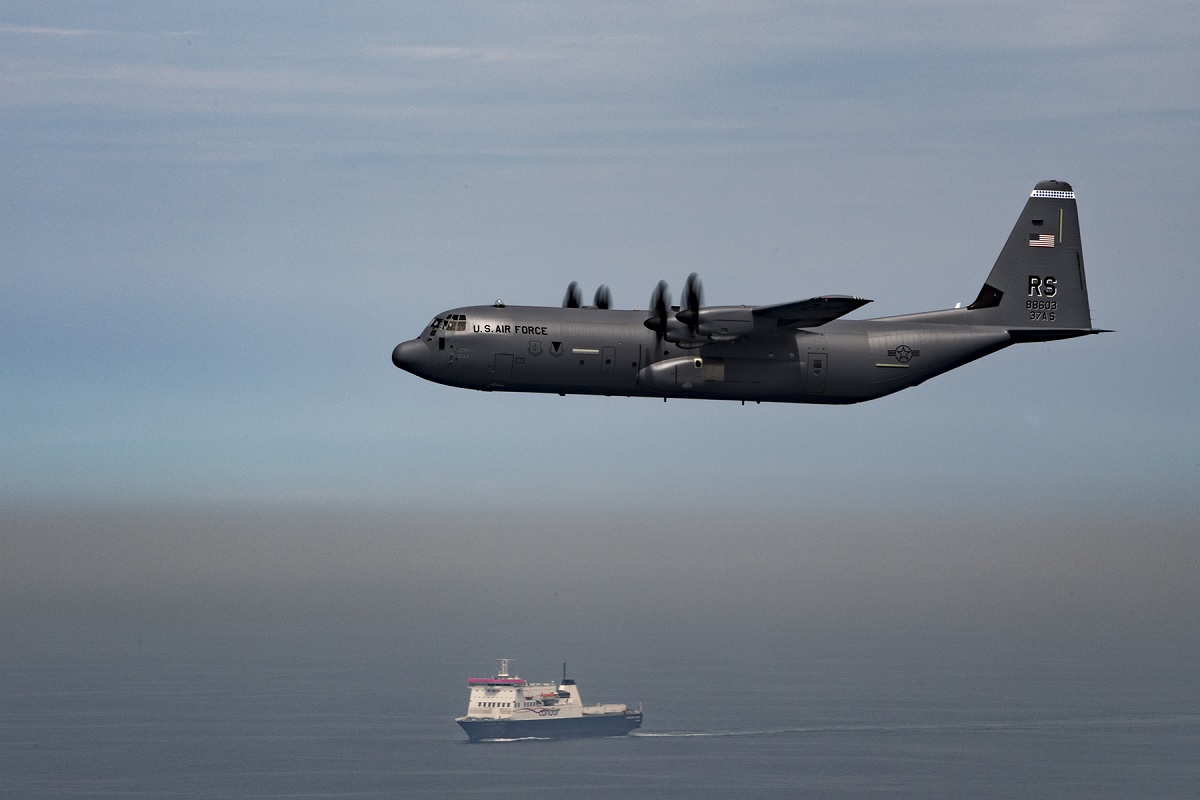 During Operation Neptune, the 37th AS was engaged in combat operations by dropping paratroops into Normandy near Sainte-Mere-Eglise on D-Day (Jun. 6 1944) and releasing gliders with reinforcements on the following day.

After the Normandy invasion the squadron dropped paratroops near Nijmegen, towed gliders carrying reinforcements during the airborne attack on the Netherlands and, in Dec. 1944, participated in the Battle of the Bulge by releasing gliders with supplies for the 101st Airborne Division near Bastogne. 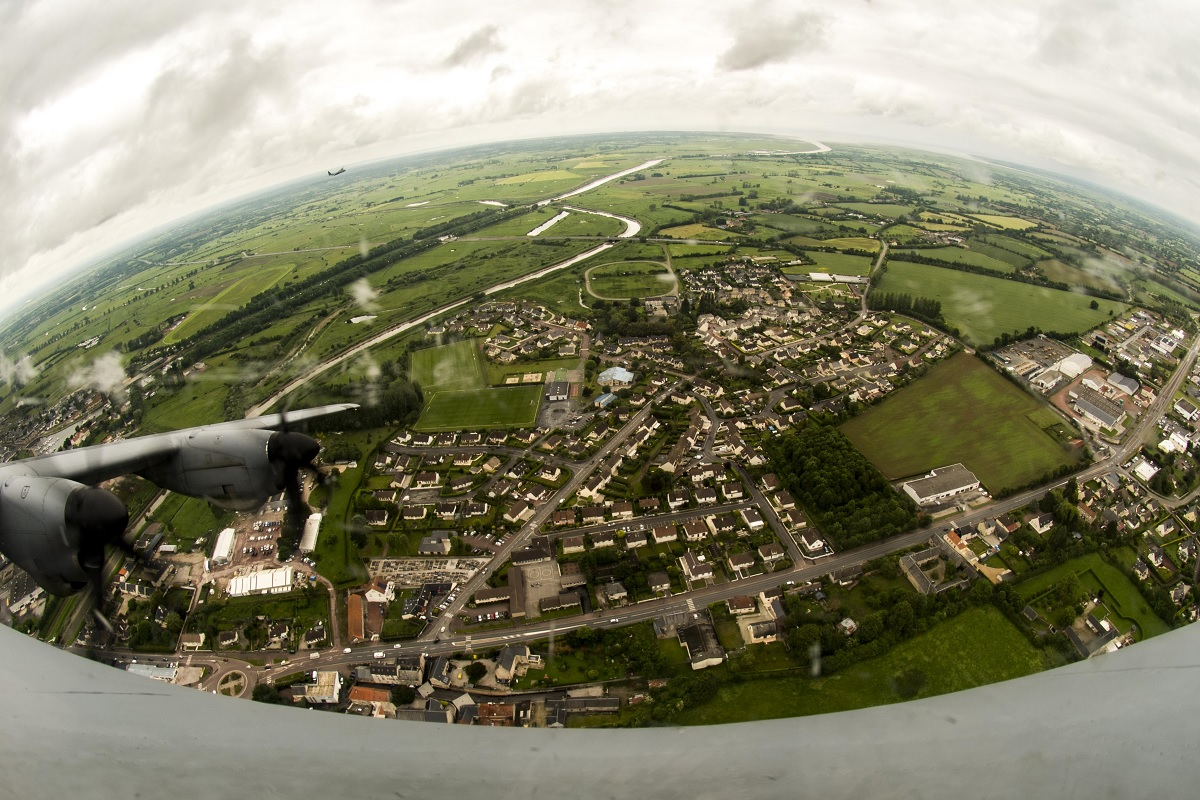