See This Fighter Jet? It Would Terrorize North Korea in a War 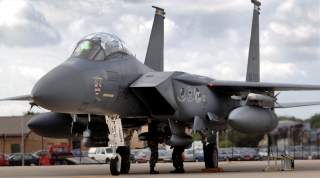 Key Point: This very special F-15 is South Korea’s top jet fighter—and one that plays an especially critical role in that country’s defense.