See This Missile? It Might Be the F-35s Favorite Weapon 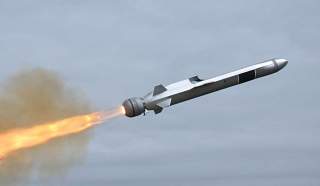