See This New U.S. Navy Missile? It Could Change (And Kill) Everything 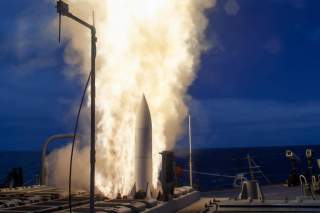