See This Plane? It Was Almost the U.S. Navy's First Stealth 'Fighter' 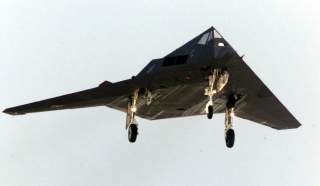