See This Stealthy Looking Drone? It Was America's Plan to Spy on China's Nuclear Weapons Program 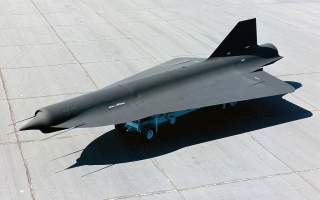 Key point: The military and intelligence communities in the late 1960s hoped the D-21 would help the United States to spy on strategic targets more reliably than a satellite could do at that time, and without risking a human pilot.