See This Submarine? It Could Likely End the Human Race (Or Close To It) 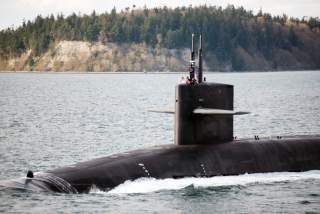