See This Tank? It Got Totally Smoked In Syria 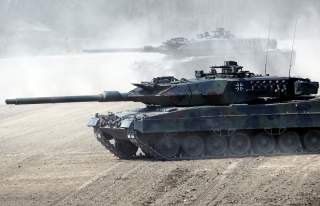 Key Point: In the early 2000s, under a more favorable political climate, Berlin sold 354 of its retired Leopard 2A4 tanks to Ankara.