See This Tank? It Was Born with Both Russian and American 'DNA' 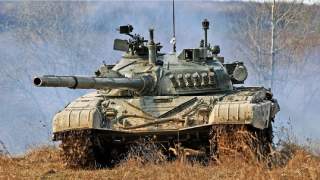 Key Fact: Factories from every Yugoslav republic contributed to the production of the Yugoslavian T-72, called the T-72MJ. The first T-72MJ rolled off the production line in 1983 and differed from other T-72Ms in that it featured a fully digital fire control system.