See This U.S. Submarine? No One Can Tell Us Why It Never Came Home 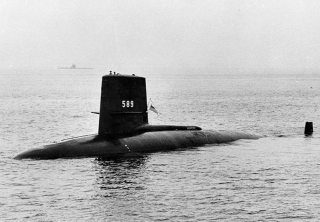 Key point: Suspicions over what destroyed the USS Scorpion included overdue repairs or even the Soviets.

Kyle Mizokami is a defense and national-security writer based in San Francisco who has appeared in the Diplomat, Foreign Policy, War is Boring and the Daily Beast. In 2009 he cofounded the defense and security blog Japan Security Watch. You can follow him on Twitter: @KyleMizokami. This first appeared many years ago.