See Ya, F-35: Is Britain's Tempest Fighter the Future of Stealth Fighters? 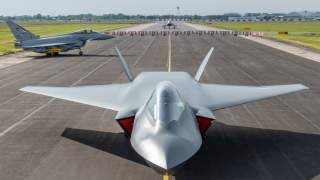 Key point (Note: This first appeared last year and is being reposted due to vast reader interest): The new Tempest fighter will likely be more advanced than even America's vaunted F-35.