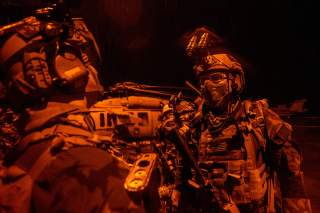 Image: National Museum of the U.S. Navy via Wikimedia Commons