Sending Unsolicited Nudes in Texts, Online Soon Could Be Illegal in California 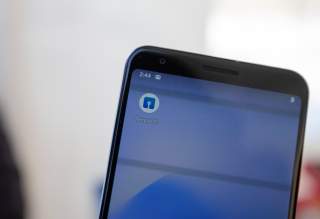 Californians who send unwelcome sexual images to others online without expressed invitation soon could face legal repercussions for such unwanted sexting.

Bumble supported a similar bill in Texas that passed and went into effect Sept. 1.

That’s about the same level of repercussion as a speeding ticket. The intent is to send a clear message that “this culture of online harassment must go,” Chang spokeswoman Stephanie Hu told The Daily Signal in an email.

Her “PICS Act” seeks to curb a form of digital sexual harassment that affects 53% of women between the ages of 18 and 29, according to a 2017 study by Pew Research.

Of the women who have received nude images via text message, direct-messaging features, and AirDrop, 96% said the images were unsolicited, according to a survey conducted by Bumble in 2018.

“We know from leaders in the tech space that this is a problem. The research shows it’s a problem. I’ve heard from other women in my community, and it’s even happened to me,” Chang said in a press release. “It’s time to take this issue seriously. We need to send a message that this culture of online harassment is unacceptable. We need to make online experiences safe and free from harassment.”

The rationale behind the Texas law and the California bill is that if flashing and public nudity are illegal in the physical world, the standard should be the same online.

“We have laws about indecent exposure in the real world. We should have some basic protections online, too,” Hu said in the Jan. 14 email to The Daily Signal. “Sen. Chang seeks to create a safer digital environment for everyone and create consequences for those who seek to harass unsuspecting users.”

The California bill will be eligible to move forward in the state’s legislative process on Feb. 6, when it is expected to be referred to a committee for consideration.

Virginia Aabram is part of the Young Leader's Program at the Heritage Foundation and interns at the Daily Signal. Her article first appeared in The Daily Signal on January 21, 2020.