Serious Design Flaw: You Can See Russia's Aircraft Carrier from Miles Away 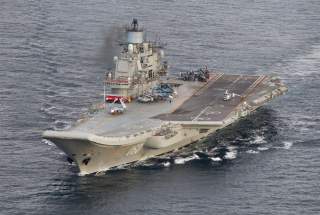 Key point: These thick, heavy fuels were, by and large, the standard for both military and commercial vessels up until the 1960s and 1970s.