Several Countries Warn Citizens About Traveling to U.S. Due to Gun Violence 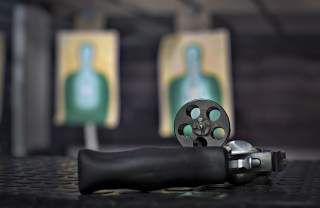 Two Latin American countries have issued travel warnings to its citizens regarding traveling to the United States, following the back-to-back shootings last weekend that claimed the lives of over 30 people.

In a statement announcing the advisory, the foreign ministry of Uruguay cited “growing violence” fueled by “racism and discrimination,” adding that American “authorities are unable to prevent” due to “indiscriminate” gun ownership that has ultimately “taken the lives of over 250 people in the first seven months of the year.”

When in the United States, Uruguay warned its citizens to avoid areas with large concentrations of people like theme parks, shopping centers, art festivals, religious events, food festivals, and any kind of cultural or sporting gathering.

The foreign ministry of Venezuela — where private gun ownership is banned — similarly urged its citizens to ‘‘postpone travel’’ to the U.S. in light of ‘‘violence and indiscriminate hate crimes.’’

“These increasing acts of violence have found an echo and support in the conversations and actions impregnated by racial discrimination and hatred against migrant populations, pronounced and executed by the supremacist elite who holds political power in Washington,” the statement read.

The United States has issued similar travel advisories against Uruguay and Venezuela in the past, citing violent crime rates and civil unrest.

China’s Ministry of Tourism also issued a statement Monday warning that “shootings, robberies and thefts have occurred frequently in the United States. The Ministry of Culture and Tourism reminds Chinese tourists to fully assess the risk of travel to the United States, keep abreast of information on public security, laws and regulations, and improve their awareness of safety and security.”

On Sunday, immediately following the second mass shooting in less than 24 hours, the Japanese consulate in Detroit issued a warning for tourists in the United States, describing America as a “gun society.”

“Japanese residents should be aware of the potential for gunfire incidents everywhere in the United States, a gun society, and continue to pay close attention to safety measures,” the statement read.

Japan is often viewed by most gun control experts as a model country for eliminating gun deaths. Despite being a country of over 127 million people, yearly gun deaths average around 10 a year.

To own a gun in Japan, a citizen must go through a lengthy process that includes an all-day class, a written test, and they must achieve at least 95% accuracy during a shooting-range test. Both the class and exam must be retaken every three years. They then must pass a mental health evaluation conducted in a hospital, and pass a criminal background check where friends and family are interviewed. Only shotguns and air rifles can be purchased, no handguns.

The deadly shooting in El Paso, Texas, in particular will likely have international implications. The Mexican government has vowed to take legal action against the United States for failing to protect its citizens after eight of its citizens were among the over 20 dead. The Mexican Foreign Ministry called the attack in El Paso a “terrorist act against innocent Mexicans.”