A Severed Cable Almost Brought Down the British Empire 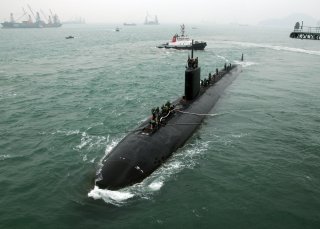 Last year, cables linking underwater sensors capable of detecting submarines off the coast of northern Norway were cut. Now, an 800-mile long undersea fiber-optic line between Norway and the Svalbard archipelago in the Arctic Ocean has been severed. Although Russia has both the means and the motive, diplomats have been coy about openly assigning blame to avoid escalating the crisis.

In peacetime, the cutting of undersea cables might be a nuisance, but the threat is real. Submarine cables enable the vast majority of internet and telephonic communication. As of a decade ago, such cables carried 97 percent of all intercontinental data. Even in the age of satellites (which adversaries also have the ability to neutralize), chaos would ensue if communications suddenly went down.

The threat is not new. In the nineteenth century, the British Empire was at its peak and India was its crown jewel. A lack of reliable communications, however, almost cost the British Empire India. On May 10, 1857, an army barracks in Meerut mutinied; revolt spread like wildfire. That morning, the sister of a telegraph clerk sent a telegram which would reach her family sixty miles away in Delhi later that evening. “The 3rd Cavalry have broken out in mutiny, and are killing all Europeans they meet. We are....” The line went dead. Alarmed, Delhi sent word to Ambala, 125 miles to the north, from which clerks transmitted word of the uprising to about sixty other Indian telegraph stations along the 4,555 miles of line that had already been laid by British engineers.

Back in London, however, no one knew that the colony was in revolt. British East India Company officials sent frantic letters, but the first responses from London would not come for three months or more. At the time, the telegraph ended at Istanbul, and the Suez Canal was still a dream. Messages still had to travel around the Cape of Good Hope by boat or by land via horseback. Ships could not leave year-round but had to wait—sometimes for months—until trade winds shifted. In today’s age of instant news, this reality might seem unbelievable. But British officials would not know whether India had survived or fallen for months after the smoke cleared from the final battle.

It was never supposed to be that way. Prior to the mutiny, British officials had sought to connect England and India by telegraph across the Ottoman Empire. The plan was to lay a submarine cable from Karachi—today in Pakistan but at the time a major Indian port—to Muscat, Oman, and then up the Persian Gulf and the Tigris River to Baghdad. An 1856 pamphlet promised that the Euphrates Valley scheme would open the “most rapid means of communication between the capitals and emporia of the West and East” and the most “efficient means…to consolidate British power and strengthen British rule.” The line was not yet off the drawing board, however, when the India mutiny erupted.

As fighting raged across India, the British put plans for a cable connection between London and Karachi into overdrive. Negotiations with Ottoman authorities were too time-consuming, and so British officials instead tried to lay one of the most ambitious submarine cables at the time: a 4,500-mile line between Suez and Karachi via Aden, then a British-controlled coaling station. On June 12, 1859, though, that line suddenly went dead near the Sudanese port of Suakin. Not only had saltwater rusted the iron wire, but engineers had also failed to account for coral encrustation, which caused the line to repeatedly snap. It was unsalvageable. When word reached London a week later, the crisis was enough to interrupt a cabinet meeting.

The failure of the Red Sea line ultimately led Britain to lay its sights on Persia, which up to that point London had simply sought to keep out of Russia’s hands. While British Indian forces ultimately quelled the mutiny thanks to cannons seized from Persia shortly before the rebellion’s outbreak, authorities in London were no longer willing to leave the vulnerability of communications to chance. Rather than rely on submarine connections, they turned to the overland route, which massively increased the British presence across Persia. The rest is history. The 1907 Anglo-Russian Convention divided Persia into spheres of influence, with Britain avoiding Tehran and the population centers coveted by the Russians and instead focusing on the barren region necessary to run telegraph lines to India.

A secret British memorandum used by diplomats at the 1919 Paris Peace Conference ranked the Indo-European Telegraph Department and its lines to be a greater strategic asset than the decade-old Anglo-Persian Oil Company that would eventually become British Petroleum.

The past is prelude. Militarily technology has advanced exponentially since the British cable crisis in India, but the core problem has not: armies and armor are not enough to win wars if communications are not secure. The mysterious cable failure in the Barents Sea is a warning shot as stark as the one faced by London and Delhi 165 years ago.