Shooting Bullets for 30 Years: This Is the Reason Israel's Galil Rifle Is So Powerful 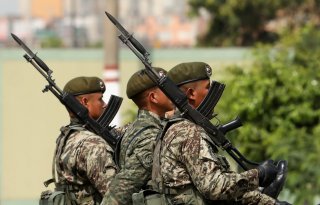 Key point: This weapon has been used effectively for over 30 years.