Shooting Ourselves in the Foot: What Deregulations Gives, Tariffs Take 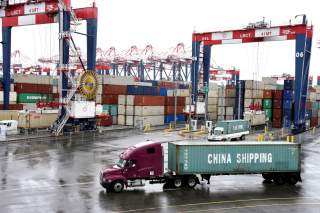 Optimism among U.S. manufacturers was near an all-time high in early 2017. Just eleven days into his presidency Trump signed an executive orderspecifically targeting overregulation. According to a survey by the National Association of Manufacturers, an advocacy group representing 14,000 U.S. companies, 93.3 percent of respondents felt optimistic about their company’s outlook. This optimism was driven by an expectation that the new administration would focus on deregulation, which would benefit the domestic manufacturing industry. The administration’s commitment to deregulation kept industry confidence high through much of 2017 and 2018 as regulations continued to be repealed. 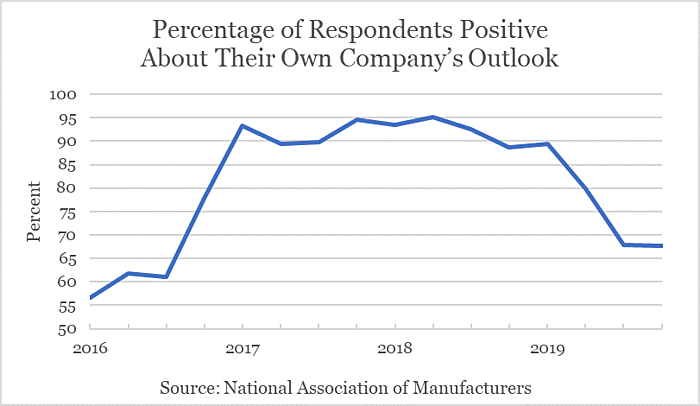 However, the escalating trade war with China is erasing many of the gains from deregulation. Small and medium sized firms are being hit hard by high tariffs on steel and other imported components. The only hope for many companies is to apply for tariff exemptions, but the process is often opaque, arbitrary, and tilted heavily in favor of larger firms with strong lobbying power.

“Companies with enough resources and savvy can not only push their own cases, they can work to undermine those of competitors.”

“With new tariffs being announced and lifted on a few days’ notice and trade agreements constantly being renegotiated, companies have scrambled to protect themselves. Tariff exclusions are highly sought after because they offer a huge competitive advantage — especially if a rival still has to pay. The review of exclusions is happening on a compressed time schedule, with little warning before tariffs and a complex set of rules that few people understand go into effect. And there are no second chances.”

“The Commerce Department at first had projected that it would see only about 4,500 applications — a threshold that was passed almost instantly. According to a regulatory filing, USTR estimated that each exclusion request would take applicants two hours to prepare, at a cost of $200 each, and two and a half hours for USTR to process. For the China tariffs, adjudicating cases is expected to take 175,000 staff hours over the course of a year, at a cost of $9.7 million.”

Trump’s trade war is harming U.S. manufacturers, their employees, and their customers. While it may be too soon to determine the damage to the economy, the thirty percent drop in manufacturer confidence over the past year does not bode well.

This article by Jeffrey Miron and Erin Partin first appeared at CATO on January 9, 2020.