Should Medical Professionals Receive Priority Treatment for the Coronavirus? 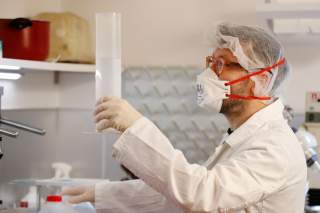 It is mid-March 2020. James is a 29-year-old junior doctor working in a London hospital. Last week, James cared for a man who had become sick after returning from abroad. The man had been treated in isolation and is now improving. However, James has since become unwell. He developed a cough and fever, but then rapidly became breathless.

James has been admitted to his own hospital with signs of severe acute respiratory distress syndrome. Despite intensive treatment, James’ lungs are full of fluid and his oxygen levels are critically low. His kidneys have shut down, and his blood pressure is unstable.

The medical team caring for James has referred him to the regional extracorporeal membrane oxygenation (ECMO) centre – a potentially life-saving treatment that is used for some patients with severe organ failure.

But the ECMO centre has received several referrals. While James is young and fit, he also has features that suggest he may die even with ECMO, and there are other patients who would have a higher chance of recovery.

The above case is fictitious – but there is a real possibility that cases like this will occur in the coming weeks or months. With reports of infections in several continents, the outbreak of COVID-19 appears likely to be declared a pandemic. The death rate appears relatively low, but a significant number of doctors and nurses have been affected by the novel coronavirus.

In China, about 1,700 healthcare workers have been infected, and at least six have died. Among those who died is, a 29-year-old doctor who was working in Wuhan. Yinhua had delayed his wedding to continue working at Jiangxia district’s First People’s Hospital.

If COVID-19 becomes widespread before a vaccine is widely available, one concern will be the ability of healthcare systems to meet the needs of patients with the disease. Even if only a small proportion of patients become severely unwell, it will place a considerable strain on hospitals.

Intensive care units are aware of this possibility. Those who organise intensive care services have been preparing for some time for the next influenza pandemic. That includes ways to accommodate a surge in demand. But there may also need to be difficult decisions about potentially life-saving therapies.

ECMO is an expensive, highly complex and specialised treatment, available in only a few hospitals in the UK. It appears to reduce mortality in patients with acute respiratory distress syndrome. It has been used in China in a number of patients with coronavirus. Yet, because it is resource intensive, there are limits to the number of patients who can be offered the treatment.

One way to decide which patients should be given scarce treatments is to look at the severity of the patient’s illness. To achieve the greatest benefit for the largest number of patients, specialists try to identify patients who are so sick that they may die without treatment, but not so sick that they will probably die even if they have treatment.

But one question raised by the case above is whether there might be a reason to give healthcare professionals priority for life-saving therapies. The severity of James’ illness potentially means that he has a low chance of survival. But does the fact that he has contracted coronavirus while working on the front line of the health system make a difference? Perhaps the ECMO centre should accept him as a patient, even if it would decline another patient with identical clinical features, but who wasn’t a doctor or nurse?

Two different ethical rationales might justify such a response. The first is reciprocity.

Those who work in the frontline in the military sometimes receive special access to medical treatment, greater than that generally available. Perhaps we owe a duty to those who put their lives at risk for our community?

A separate rationale is that making extra efforts to save health professionals might help motivate people to work in the front line. If doctors and nurses know that they will receive some degree of priority if they contract COVID-19, perhaps they will be more prepared to provide vital healthcare services during a pandemic?

This last argument depends on how willing health professionals are to put their own health at risk to maintain their duties during a severe crisis. If doctors and nurses are prepared to continue their work during a pandemic, without expectation of receiving special treatment, then there would be no need to change the criteria for receiving intensive care or ECMO.

One important factor will be the severity of the pandemic and its impact on healthcare delivery. In the early stages, there may be a relatively low impact on intensive-care beds and low additional demand on ECMO. That may mean that in mid-March, an ECMO service could accommodate James. But if the pandemic leads to many patients becoming unwell, there may need to be much stricter criteria on access to treatment. That might outweigh any influence of preferential treatment for health professionals who become severely unwell. (On the other hand, a severe outbreak would also probably make it much more important that health professionals come to work and more important to motivate them).

If the novel coronavirus outbreak continues to spread globally, there will be many difficult ethical decisions for health systems. It will be important for the allocation of treatment to be consistent, transparent and ethically robust. A dominant ethical consideration in a pandemic response will be how to save the most lives. Yet if the pandemic does pose a real threat to healthcare workers, it would be ethical to give some additional priority to those working in the frontline who fall victim to the virus.