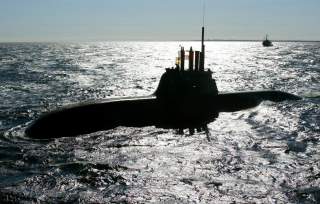 Key Point: An old-style AIP submarine could be the solution for combatting the new nuclear-powered submarines of other powers.

Robert Farley, a frequent contributor to TNI, is author of The Battleship Book. This piece first appeared in 2018 and is being republished due to reader's interest.