Should Trump Threaten Iran with War? 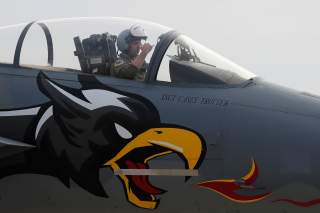 In the field of International Relations, realism is a school of thought that sees power as the key factor in international politics. Realists believe that if you had a time machine and brought Thucydides— the famous Greek historian of the Peloponnesian war—over 2,000 years into the future, he would quickly understand the critical factors in international politics today. The timeless principle of power is that rational leaders would rather be strong than weak. This is not necessarily because they want to dominate others (although some might) but because they value self-preservation above all else and being stronger is the best way to ensure that. Or as Thucydides would say, "the strong do what they can, and the weak suffer what they must.” (Holyoke Press). It is within this logic that we can understand Iran’s motivations for pursuing nuclear capabilities, why that would be dangerous, and most importantly, how it can be prevented.

Iran is a bad actor but not an irrational one. The Ayatollahs in charge of Iran want to continue expanding their malign influence in the Middle East, promoting their violent, anti-Western ideology, and they want to do it without fear of intervention. Iran’s leaders want to stay in power and stay alive. The Ayatollahs are no fools. Both Saddam Hussein and Muammar Gaddafi abandoned their nuclear weapons programs, and both are now dead at the hands of the Western powers that demanded they abandon their programs. While those two leaders are dead, North Korea’s brutal regime, and Pakistan, which harbored Osama bin-Laden for years, are both still in power, and Pakistan continues to receive billions of dollars in foreign aid, to boot. It would be naïve to believe that Iran does not notice this contrast. Iran calculates that once they cross the nuclear threshold and obtain a weapon, they will be immune from military intervention as it appears that North Korea is.

The fate of Iraq and Libya juxtaposed with that of North Korea and Pakistan weigh heavily on Iran’s decision making. A rational state aims to increase its military power to guarantee its safety and interests. Going from a non-nuclear to nuclear state yields the most bang for the buck. It is by far the fastest way to exponentially increase power, considerably faster and cheaper than developing conventional military capabilities. Power is relative to the other players in the region. Iran’s nuclear program is strategically rational and is also a point of national pride.

It is reasonable to ask if the Iranians are indeed rational, why not allow them to obtain a nuclear weapon? They would never use it because rational leaders are not suicidal. Others might cite the mutually assured destruction theorized to have prevented military conflict between the U.S. and the USSR. First, the U.S. and USSR came close to nuclear war, with brinksmanship strategies threatening doom on several occasions, most famously during the Cuban Missile Crisis, and with pure luck preventing nuclear war several times as well. (Krulwich 2016) (Chan 2017). Second, while Iran most likely is rational, should leaders wager the lives of their citizens on this assessment of a regime that marched hundreds of thousands of children through Iraqi minefields with the promise of martyrdom? (Smith 1984). Third, nuclear arms would embolden Iran to continue their dangerous and subversive activities in the region and cement the regime’s oppressive rule.

Putting aside Iran’s genocidal rhetoric, illiberal domestic policies, and support for terrorist groups, the gravest danger that a nuclear Iran would pose would be to start a nuclear arms race in the volatile and strategically vital Middle East. If Iran gets nuclear weapons, the Saudis, Turks and Egyptians will no doubt claim entitlement to a nuclear program as well. (Reuters 2018). If Iran, as a signatory to the Non-proliferation Treaty can obtain nuclear weapons, it makes the treaty meaningless for all signatories. As risky as Cold War nuclear brinksmanship was, that risk would be exponentially increased with potentially dozens of countries—many oppressive, many led by regimes without checks and balances, and many downright unstable—manipulating nuclear threats to obtain their policy objectives.

Iran has rational reasons for pursuing nuclear programs, and the U.S. has critical strategic reasons for stopping it. So how can Iran be stopped? Rationality, by definition, involves a cost-benefit calculation and pursuing a track whereby the benefits outweigh the costs. Iran’s perceived benefits of pursuing nuclear armament appear to exceed the cost of sanctions and isolation. A credible military threat is needed to change that calculation. For America, the best possible scenario would be a diplomatic solution ending Iran’s nuclear ambitions. To obtain this, it is necessary to convince the Iranians that the costs of noncompliance outweigh the benefits. When the threat of military intervention is in doubt, Iran will be much more likely to resist U.S. demands. Disbelief in a credible military threat makes reaching a diplomatic solution less likely.

It is possible that even with a credible military threat, bargaining will fail. In that case, the calculus concerns outcomes. Is the outcome of a nuclear Iran more or less costly than war if negotiation fails? Considerations must include short-term costs in manpower, resources and political costs, and long-term strategic costs including Iranian support for terror, aggressive genocidal rhetoric, and the likelihood of an arms race in the Middle East. (Levs 2014).

If the Trump administration sincerely maintains that the price of a nuclear Iran is too high to pay, the last chance to avoid war would be to make an impending devastating military strike unambiguously apparent to the Iranians. President Trump has an advantage over previous administrations of being seen as a potential wild card. This perception is bolstered by his appointment of John Bolton, with his reputation for hawkishness, as National Security Advisor. (Jaffe 2018). While this perception may or may not be true, the Trump administration should use it to bolster the credibility of U.S. resolve to stop Iran from going nuclear. Iran knows that from a military standpoint, the U.S. can inflict devastation. Convincing Iran that the U.S. is willing to do so if need be is the necessary component in convincing Iran to peacefully abandon its nuclear program. This outcome would benefit global stability, peace and prosperity, while a nuclear Iran makes the world more dangerous for future generations.

Jeremiah Rozman is a National Security Analyst at the Association of the United States Army. He served as an infantryman in the Israel Defense Forces. He has an MA in Foreign Affairs from the University of Virginia, where he is currently a doctoral candidate studying International Relations.

The opinions expressed are his own and do not reflect the official position of the Association of the U.S. Army (AUSA), the U.S. Army, the Department of Defense, or the U.S. Government.