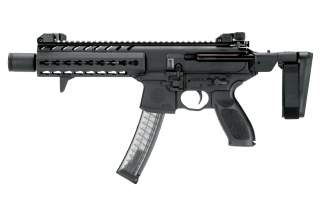 In shrinking the gun down, SIG may have gone a bridge too far. While the U.S. Army SCW wanted a tiny SMG for the PSD role, stocked pistols or more svelte guns may be a better choice.