The Silent Service: How Russia's Akula Submarine Is One of the Stealthiest in the World 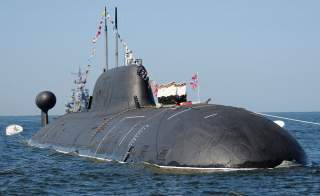 Key Point: Moscow's Akula subs are feared and respected. They have begun to show their age, but no one would dare to discount them in battle.