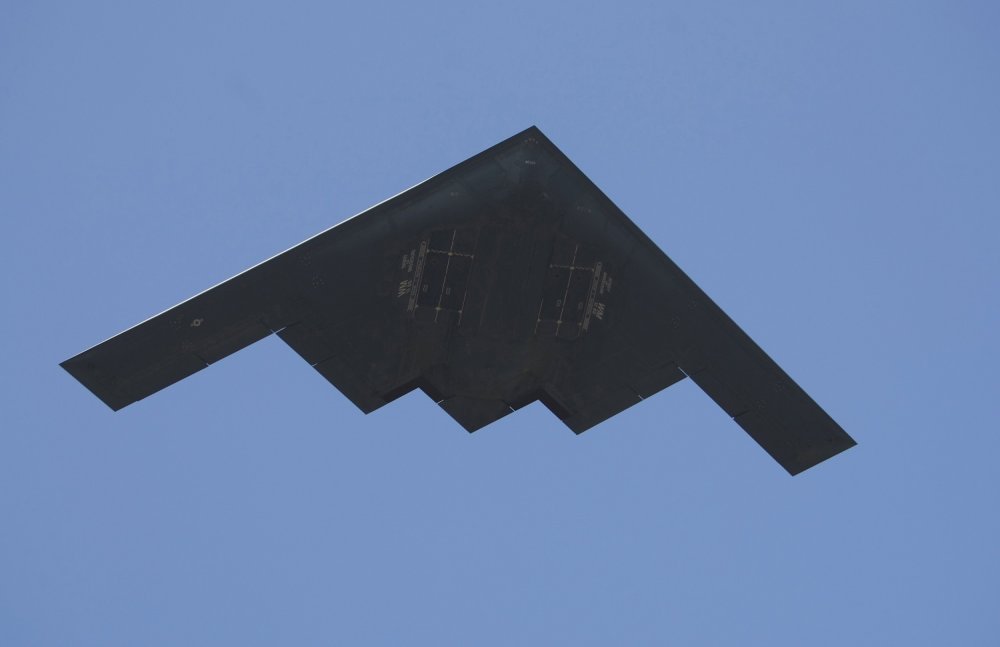 Soon after announcing he would seek the Republican presidential nomination, George W. Bush chastised President Bill Clinton for taking too soft an approach toward China. Clinton “made a mistake [in] calling China a strategic partner,” Bush said, saying China was instead a “strategic competitor.” This recognition was also at the heart of President Barack Obama’s call for a “pivot to Asia.” Russia, too, has made no secret of its global ambition. Both Beijing and Moscow invest in new technologies. In 2007, China surprised the Pentagon with a successful anti-satellite weapon test, and U.S. strategists grow increasingly concerned about Russia and China’s new class of hypersonic weaponry. Whether through theft, ingenuity, or a combination of the two, both countries military industries’ have emerged as top competitors and, in certain categories, threaten to surpass U.S. capabilities.

Whether policymakers want to admit it or not, the United States is not only embroiled in a new Cold War and capabilities race, but is also facing a new Sputnik moment when the capability deficit will become impossible to ignore.

Consider defense acquisition: Navigating the process is cumbersome. Too often, winning contracts has more to do with connections and bureaucratic battles of attrition than ability to deliver. Firms hire retiring flag officers for their contacts, and if they cannot deliver, quickly let them go. When niche upstarts win business, they must fend off tendentious appeals from those with bigger pockets until they give up or fold into their competitors. Current laws and regulations governing defense acquisition are burdensome, and often push commercial companies that do not traditionally supply the Defense Department away from working with the government. To demand positive assessments on previous U.S. government contracts creates a Catch-22 for new technology start-ups who can never break into the race.

Acquisition must balance regulation and oversight with the need to avoid smothering innovation.  The government can demand capability, but should not micromanage how to achieve it.  Bureaucracy smothers. Requiring endless data for ever smaller-value contracts is excessive. In order to provide Persian language analysis to the U.S. Army as an individual from my home, for example, I must provide certifications on everything from waste disposal and recycling to electrical safety in my home office to promises to be an equal opportunity employer and spend hours filling out paperwork completely irrelevant to my work or deliverables. For those manufacturing small parts and critical technology, the requirements are even more onerous, and erode already miniscule profit margins. The administrators needed to process ever more data and forms can saddle niche defense firms with a permanent cost long after the period of their contracts expire. Innovation drowns under the weight of regulation. And while Congress rightly wants to control pricing, excessive regulation does the opposite.  New laws and regulations would only compound uncertainty and dissuade companies from partnering with the Defense Department at a time when injection of new ideas and technologies is imperative. Market forces rather than excessive regulation can best reduce costs. There is a reason why private space ventures now threaten to leapfrog over NASA efforts, or at least replicate them at a fraction of the cost.

Congress and the Defense Department must also adjust to the tech industry rather than expect tech to adjust to it. Tech firms often have high-profit margins, but they also have high research and development costs. If government bureaucrats try to cap profits to 15 percent, for example, firms with critical capabilities will refrain from working with the Pentagon, and those seeking government contracts will be unable to innovate. Whereas Google made headlines by refusing to work with the Pentagon while simultaneously aiding China, that is the exception to the rule. Most firms are patriotic, but they cannot feed families with patriotism alone. Many forfeit other opportunities in order to work with government. When bureaucrats then cap profits, it leaves tech firms questioning if they should avoid government contracts altogether.

Agility also matters. In the time it takes to build a ship, technology can undergo generational change. Inflexible contracts determining technological specifications at the time of initial allocation simply means that at the ship’s launch, its onboard computers and software will be obsolete rather than cutting edge.

Revolving door leadership during both the Obama and Trump administrations and continuing resolutions in lieu of proper budgeting make planning for an investment in new technologies and platforms even more difficult. Consider the Navy: Purchasing a ship might bring jobs to a shipyard, but delaying or suspending future purchases can permanently cripple manufacturing as employees move away or look elsewhere.

Government, of course, must have a role. Rather than micromanaging, however, it should both ensure that critical manufacturing capabilities remain in North America and defend against acquisitions of technology firms and military manufacturers by foreign competitors. It should focus more on expanding capabilities and its technological base rather than micromanaging profit and processes better left to the free market. Poor management of the Defense industrial base is eroding capabilities rather than enhancing them at a time when the United States no longer has a margin for error. To win the new Cold War, the United States must tap its private-sector technological superiority. Victory is not possible, however, if the Pentagon continues to rely on antiquated, clunky, and counterproductive processes.