Simply the Best: The Top 10 10mm Guns for This Year 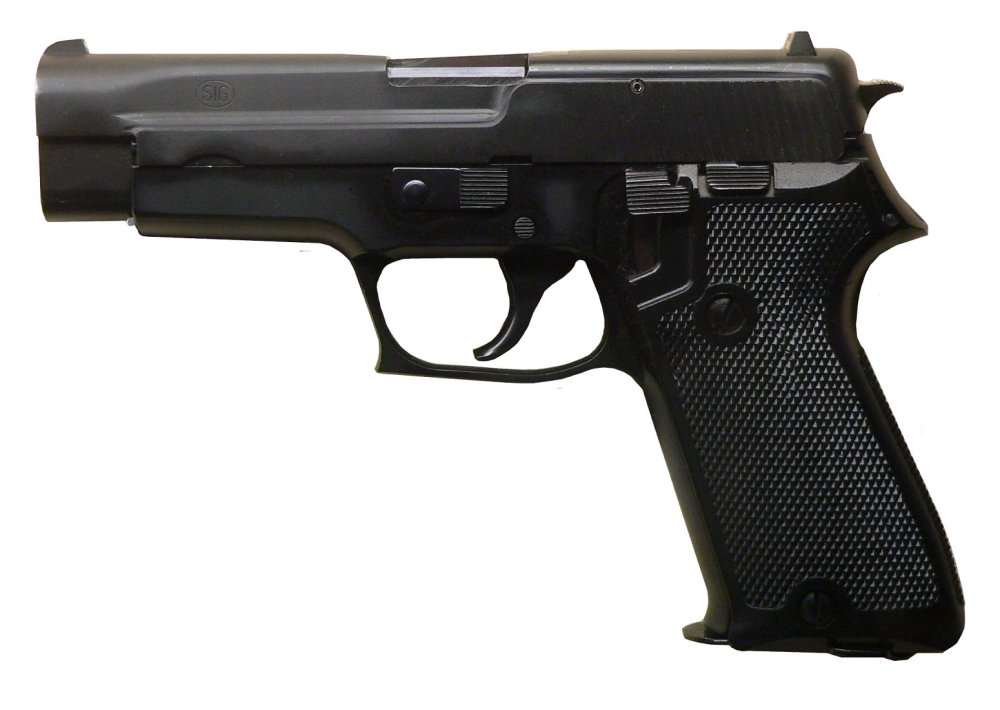 The P220 is head and shoulders above many of their competitors’ models in that it features SigLite signature night sights for easy target acquisition and a threaded, chrome-lined barrel that provides the gun owner with handgun longevity.

Many gun aficionados have heralded the 9mm handgun as the ideal self-defense firearm, but despite its popularity, the “nine milli” is not the only worthy choice available.

On the contrary, the 10mm is making a big comeback and it’s got just as many excellent attributes as its counterpart.

First developed in 1983 thanks, in part, to the concerted efforts of the FBI and the Smith & Wesson gun company.

The 10mm is a rimless large pistol with a maximum pressure of 33,000 psi that has some serious power.

In other words, a 10mm could penetrate two people at center mass and continue traveling.

While the 10mm fell by the wayside for many years, recent advances in metallurgy have resulted in a surge in popularity. Modern pistol models are better equipped to handle the 10mm caliber than those built in the 1980s.

Today, we’re going to take a look our my top picks for best 10mm pistols.

For each, we’ll discuss what makes them a worthwhile purchase and why the 10mm is every bit as ideal a handgun as its nemesis, the nine millimeter.

Are you ready? Let’s get started.

THINGS TO CONSIDER BEFORE PURCHASING A 10MM PISTOL

To recap what we’ve already gone over in summary above, there are several considerations a gun owner should contemplate before making a 10mm pistol purchase.

The key factors to think about when selecting the weapon for your personal needs are durability, price point and reliability.

A lot of people think that gun accessories only apply to larger firearms like rifles and shotguns, but there are plenty of accessories for handguns as well.

Beretta offers a variety of handgun accessories including custom grips, lasers and lights, rear and front sights and magazines.

You’ll want to confirm how many rounds your 10mm pistol can hold before purchasing any magazines from such manufacturers.

I’m a big proponent of lasers and lights since they can enable the shooter to fire in any environment, whether it’s day or night.

You get a true-color multi-coated lens and eight adjustable brightness settings as well as a tritium phosphor lamp. The best part is, it’s powered by a single lithium battery. Each unit also comes with a lifetime warranty from the manufacturer.

Ammunition is every bit as important as the gun from which you fire it. The 10mm caliber is garnering a long-awaited and well-earned reputation among gun consumers, but brands and styles are an integral part of the shooting process.

Today, 10mm ammo is designed to make its forebears proud with 135 to 180 grain range that’s controllable and precise, providing the user excellent stopping power and ballistics.

There is much debate among the online community as to which ammo is the best ammo for a 10mm handgun, but the general consensus seems to be this: You don’t want a load that tops out at the teetering edge of SAAMI specs, but you also don’t want something like a 230 grain load which will penetrate too deeply in a defensive situation.

You want ammunition that will fire cleanly from your firearm every time and you want each round to be accurate.

People seem to underestimate the 10mm pistol, perhaps because of its checkered past. But the truth is, it can do a lot of damage with very little. For this reason, a fairly mediocre bullet like a 165 grain Montana Gold can produce a substantial wound.

Here’s a short list of some of the best ammo out there for a 10mm pistol:

All of these loads will let you take care of business with varying degrees of penetration and performance, but none of them will let you down.

Keeping these tips in mind, let’s take a look at the top ten 10mm’s, and what makes them uniqu

This government model is at the top of the heap when it comes to ten-millimeter semi-automatic handguns. Colt was one of the original pioneers of the ten milli and they’ve only gotten better with time.

This combat pistol blows away much of the competition because it’s got enough power for medium size game hunting in addition to CQC (Close Quarters Combat).

Each one comes with Novak sights with dots, an enhanced hammer, wide slide serration, a lowered ejection port and an upswept beavertail grip safety.

At $1,099, the Delta Elite is a bit more affordable than some of its counterparts and you’ll know that you are paying for quality engineering and a durable build.

This 1911 model has a Clark-style target rib machined on the top of the slide with defensive sights.

The Razoback‘s got a pair of sexy double diamond Cocobolo grips that are a nice touch for collectors.

This is another one that’s on the pricey side at $1,499.99, but it’s a high-performance single action pistol that is known for never jamming and never disappointing.

This is a great option for those looking for a carry gun. It’s a low profile weapon with snag resistant sights and a stainless steel slide.

Unlike some other models, the Witness features a magazine that can hold 15 rounds. It’s got a one-piece full size polymer grip and an automatic firing pin block.

You won’t find the Witness at Cabela’s or 1800gunsandammo.com, but Cheaper Than Dirt sells them for $548.96.

This one is an aesthetic marvel and a shrewd one at that. If you’re looking for cover and you’re in an outdoor combat situation, this is the 10mm pistol you want to have on your hip.

Its forest green body is but one of the Gen 4’s terrific features. Built for performance and durability, the Dark Earth Gen 4 has fixed sights, a shiny finish and an enlarged, reversible magazine release.

Perhaps second only to its discreet color is its price point. Cabela’s offers the Glock FDE Gen 4 for just $599.99. When you consider the rising prices on most full-size pistol models, this one’s an absolute steal.

This 1911 pistol is a two-tone handgun with stainless steel match-grade barrels and bushings.

Each one comes with full size grips, a chamber indicator port, high-ride beavertail grip safety and an extended thumb safety. The Commander-style hammer and checkered side release are also quite appealing to most avid shooters.

It’s also got a brushed polished carbon slide and rosewood grips, making it one of the more attractive ten millis on the market. This one is famed for its hair-splitting accuracy and precision design.

You can usually get your hands on one for less than $700. Cabela’s has a few on sale for $699.99. They also offer a Kimber Eclipse Custom kit with a discount price of $949.99. It comes with a handsome leather holster, an aligner insert and eight-round KimPro TacMag magazines.

This one’s got all the bells and whistles you want in a 10mm handgun from its adjustable rear target sight and green fiber optic front to its six-inch ramped barrel and beavertail grip safety.

It’s a high-end variation on the 1911 that comes with a bevy of unique features including VZ Operator machined G10 grips, oversized, flared ejection port, and an EGW HD Extractor.

At $1,249.00, it’s not the cheapest model on my list, but it’s certainly worth every penny. Pound for pound, the Elite LS Hunter is a python compared to some of the cheaper choices available to the general public.

You know the expression, “What’s in a name?” Well, when it comes to Remington, the name speaks for itself. Remington has maintained a solid reputation among gun enthusiasts since 1816.

In the last 201 years, they’ve continued to improve upon each of their firearms, maintaining a position in the industry as masters of innovation and excellence.

The 1911 is no exception in terms of classic values and contemporary quality. Remington’s 1911 R1 is a beautiful piece with a black body and a gleaming silver stainless steel slide.

With a match-grade stainless barrel, serrated slide, premium grip panels and two magazines, this one’s got the works.