Singapore Might Be Small, But Its Military Is Ready for a Fight 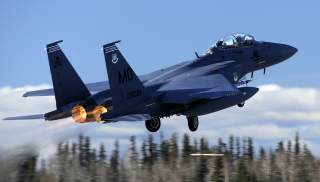